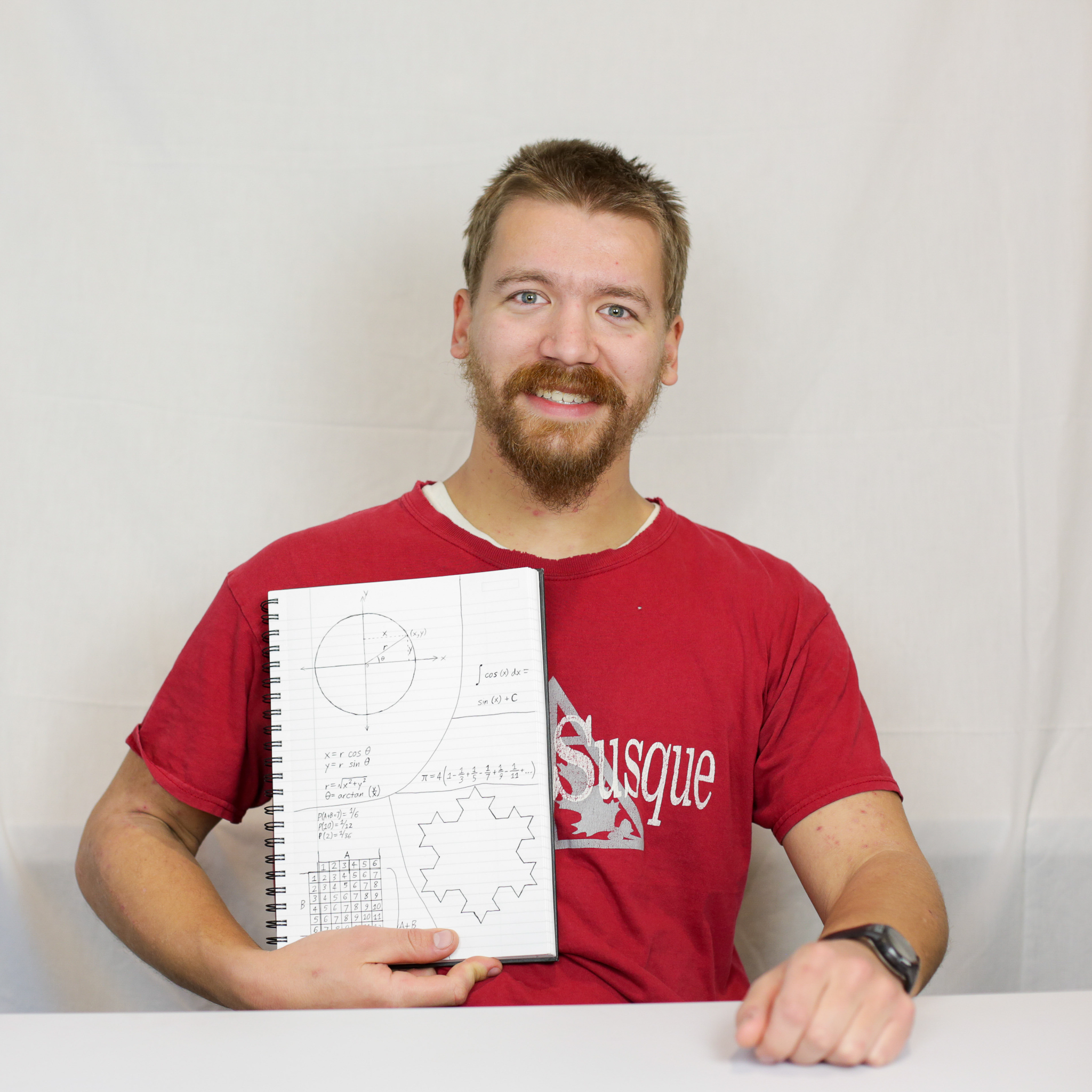 Nicholas Entingh, Camp Susque’s Assistant Facilities Manager, started as Year Round Staff in August 2022. Having worked as a SIT at Susque in 2014, Nicholas is no stranger to camp culture.  Add to that his experience in carpentry skills formerly working at a custom home builder for 7 years, and having worked construction since the winter after he graduated high school, Nicholas is perfectly suited to serve as Susque’s Assistant Facilities Manager. His love for carpentry and his skill for fixing things that are broken, building new facilities structures, and handling tasks related to camp prep makes him the perfect person for this role.

When Nicholas isn’t building shelves or tractoring things all across camp at Susque, you can find him diving into a math project for pure fun. You may even find him painting, blacksmithing, or swing dancing! Nicholas has a heart for family and finds it rewarding on his day off to visit family or friends he doesn’t see very often.

What year did you start at Camp Susque?

I was an SIT at Susque in 2014, and I started working full-time as Assistant Facilities Manager at Susque in August of 2022.

What kind of experience do you have in your field?

Prior to working at Susque, I worked for a custom home builder for seven years.

What kind of schooling do you have?

I started working in construction the winter after I graduated from high school, and I have not attended college.

Where were you born and raised?

I was born in Williamsport PA, during the time that my dad was working as the Facilities Manager at Camp Susque, but my parents moved shortly afterwards. I grew up in the small town of Waverly, New York, right on the Pennsylvania border.

What is something most people don’t know about you?

My middle name is Andrew.

What was your first job?

My first job was as an SIT (staff in training) at Susque.

Describe your perfect day off?

My idea of a perfect day off is one where I get to visit family or friends that I don't see very often. There are things that I like to do by myself, but they aren't nearly as rewarding.

Where’s the coolest place you’ve ever been?

The coolest place I've been is Wyoming; not because of anything the state itself offered, but because that's where my family went to watch the total solar eclipse of 2017. That was one of the most spectacular displays of God's creation that I've ever seen.

What’s one thing on your bucket list that you’d love to do?

Some day, if and when the opportunity arises, I'd like to go hang gliding.

What is your favorite Scripture?

My favorite Bible verse is Exodus 34:6-7 — ‘And the Lord passed before him and proclaimed, “The Lord, the Lord God, merciful and gracious, longsuffering, and abounding in goodness and truth, keeping mercy for thousands, forgiving iniquity and transgression and sin, by no means clearing the guilty, visiting the iniquity of the fathers upon the children and the children’s children to the third and the fourth generation.” ’

What is your favorite area at Camp Susque?

Chapel in the Pines is probably my favorite place on Camp.

What is the story behind your fun photo prop?

Ah yes, the math question! Many people ask why I like math, and I say, "Why not?" There are many times that I have dived into a math project without anyone asking me to. I guess my brain is just wired to enjoy math. If carpentry is the work I enjoy doing, then math is my favorite thing to work on in my own time.

Describe your job at Camp Susque in a nutshell, and what is your favorite day in the life of your job?

My job duties include but are not limited to: Fixing things that are broken, building new facilities structures, and many tasks related to camp prep.

What are you good at?

Things that I am good at: Math, painting, skiing, blacksmithing, trim carpentry, singing, strategy games, brainstorming solutions to problems, and swing dancing, among other things.

Finding the most efficient way to accomplish the tasks I have before me is difficult. Getting things done isn't the problem, it's doing it in a timely manner.

What is your favorite camp memory as a child?

Playing all-camp soccer with multiple soccer balls and multiple goalies, in the rain and mud.

When did you become a Christian?

I grew up in a Christian household, but it wasn't until somewhere in 2019-2020ish that I actually became a Christian.

How to get to Camp Susque

Interactive map of our buildings and property

How we use the gifts and finances entrusted to us.

How Camp Susque came to be

A camping experience at a whole new level.  Grades 6-12.

Special programs and classes throughout the year.

A regular podcast dedicated to all things Camp Susque.

Activities for the whole family

Donate to Susque's mission and help create experiences that last a lifetime.

Sign up for a work weekend to help us gear up for camp season.

A list of items that can benefit Susque's mission